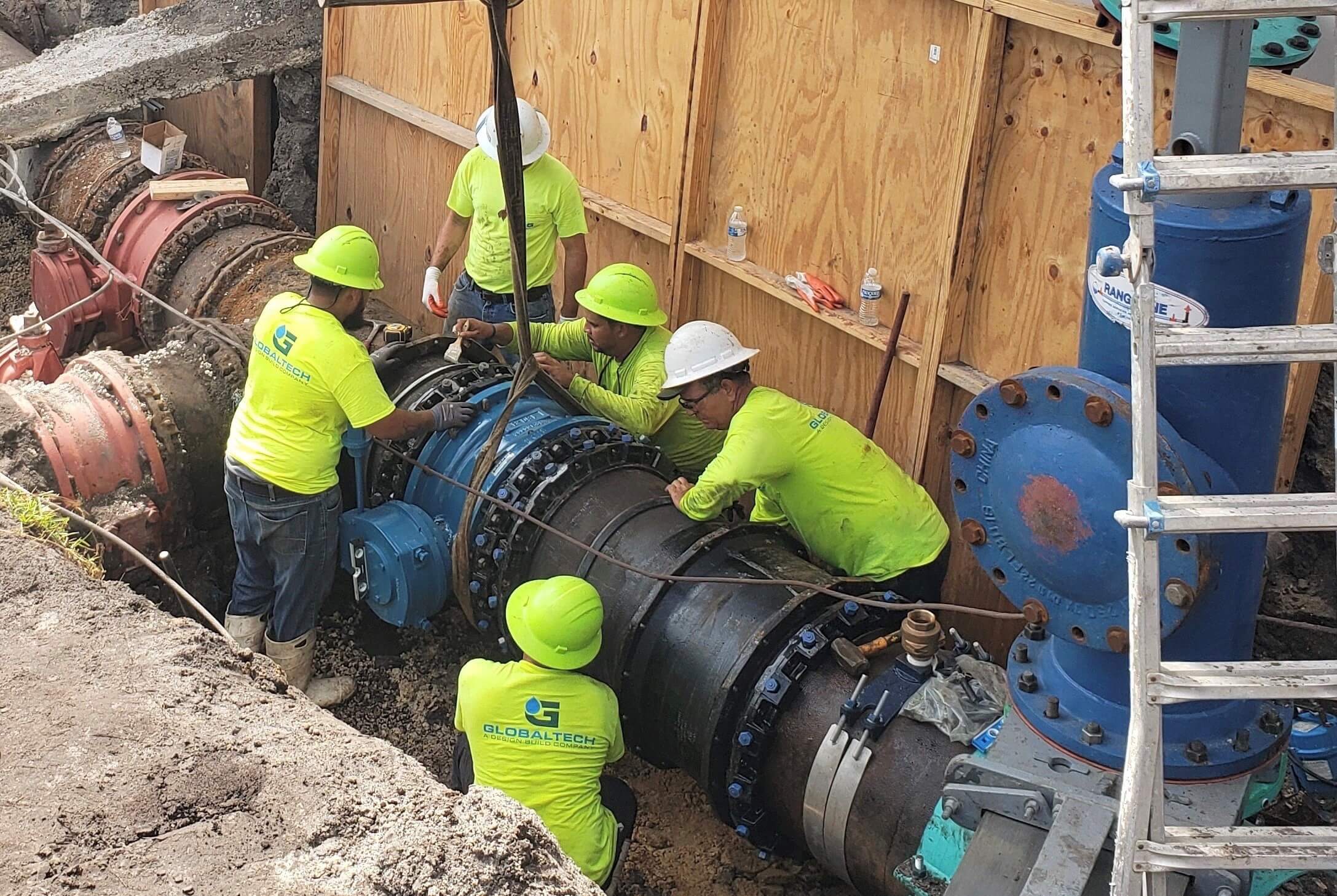 We are happy to announce the completion of our valve replacement project in Coral Springs, Florida. During the course of normal plant operation at the Coral Springs Improvement District (CSID) Water Treatment Plant (WTP), it became apparent that several buried valves used to isolate portions of the finished water distribution system were no longer operating properly. The valves were located adjacent to and down-stream from the high service pump building and were used to isolate portions of the system during maintenance activities. Globaltech was requested to provide a design build solution so that work could be conducted while causing minimal impact to plant operation.

To avoid having the plant stop production and to keep the distribution system pressurized during construction, Globaltech developed a plan that permitted a portion of the high service pumping system to remain in service while the defective valves were replaced. This resulted in the need to perform the improvements in two phases. The plan consisted of installing three line stops within the manifolded piping network to permit half of the water treatment plant to operate while the valves were replaced on the other half. This allowed the distribution system to remain pressurized and prevented disruption of service to CSID’s customers. The valve replacement was replaced in two phases approximately one-month apart.

The resulting project was a success as the utility remained in service during the maintenance activity, the existing system was not damaged during the work, and public confidence in the Utility was maintained.