The project included installation of two Evoqua biological odor control systems— one for the headworks facilities, the other for the RAS/WAS pump station. New ductwork was installed at each facility. Structural components were anodized for corrosion protection post-fabrication and prior to installation.

At the headworks and anoxic basins, a traditional chemical scrubber system was replaced with a 30’ by 15’ biological scrubber packaged system. Globaltech constructed a new cast-in-place reinforced concrete pad for the scrubber and installed new service water, drainage, and electrical service. New 316 SS spiral ductwork combined with PVC ductwork was installed and connected to the new system. 316 SS overhead vertical supports, set in concrete, were provided for the new ductwork.

The existing RAS/WAS pump station, built in the 1980s, had no odor control system. It was comprised of an above-ground, uncovered rectangular concrete wetwell with three RAS and two WAS end-suction centrifugal pumps connected directly through the wall of the structure.

Globaltech built a concrete pad for the installation of a biological odor control packaged system adjacent to the pump station, and covered the wetwell with an engineered Hallsten anodized aluminum panel system with access hatches. Odor control ductwork was constructed in place from the scrubber fan to the top of the cover system. 316 SS supports and fasteners were used for all ductwork and equipment. 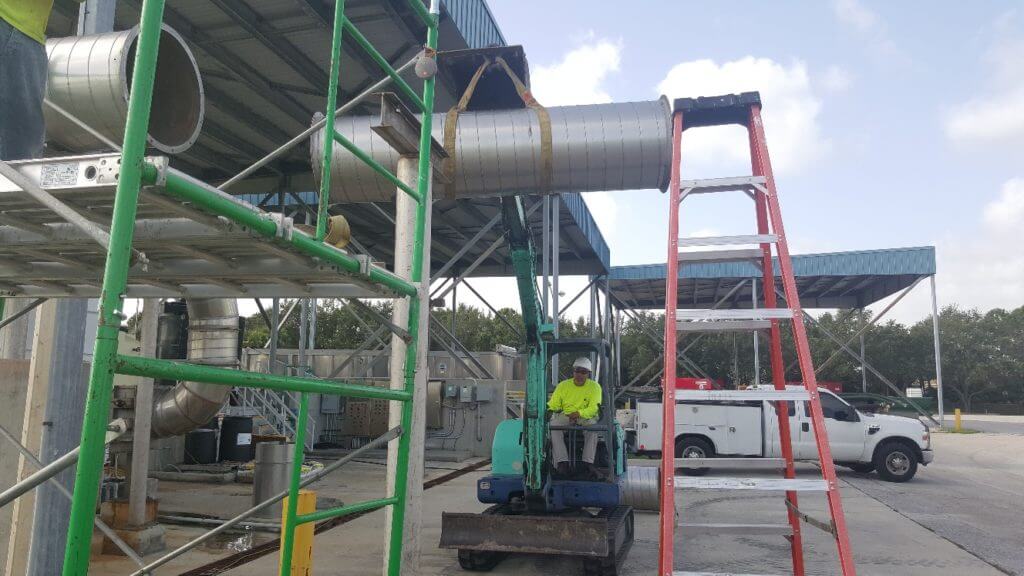 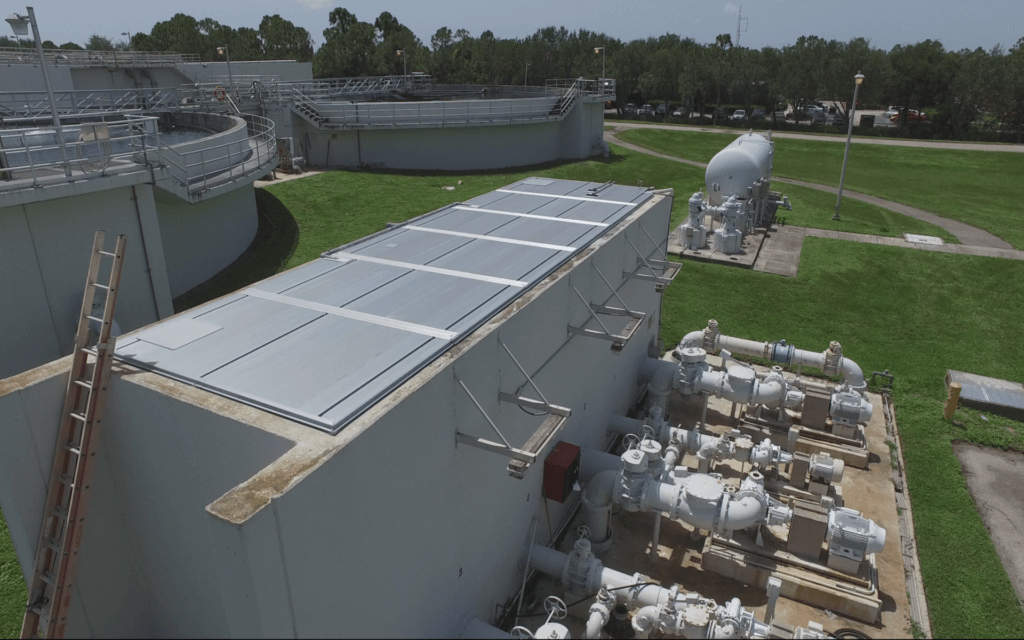 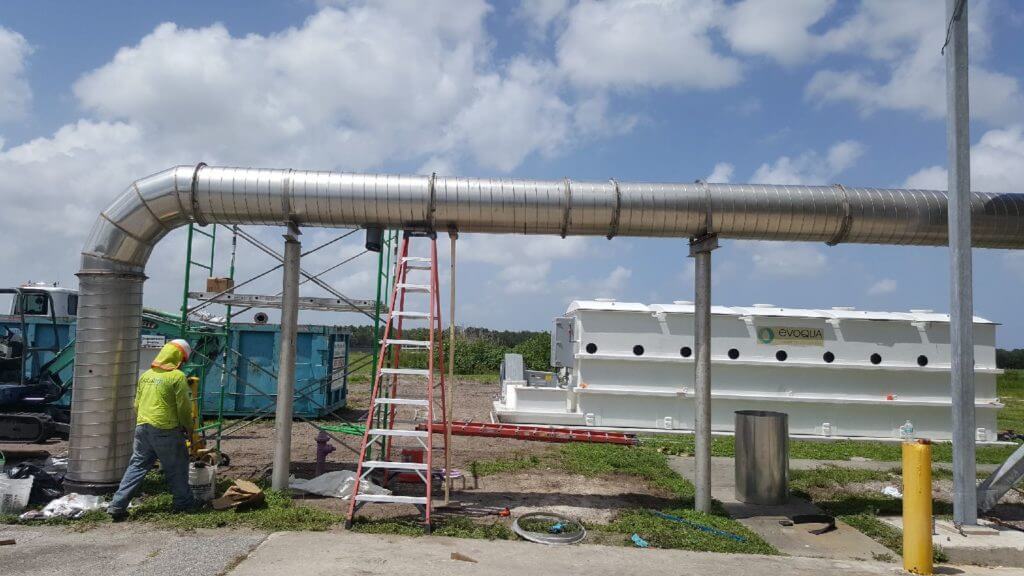 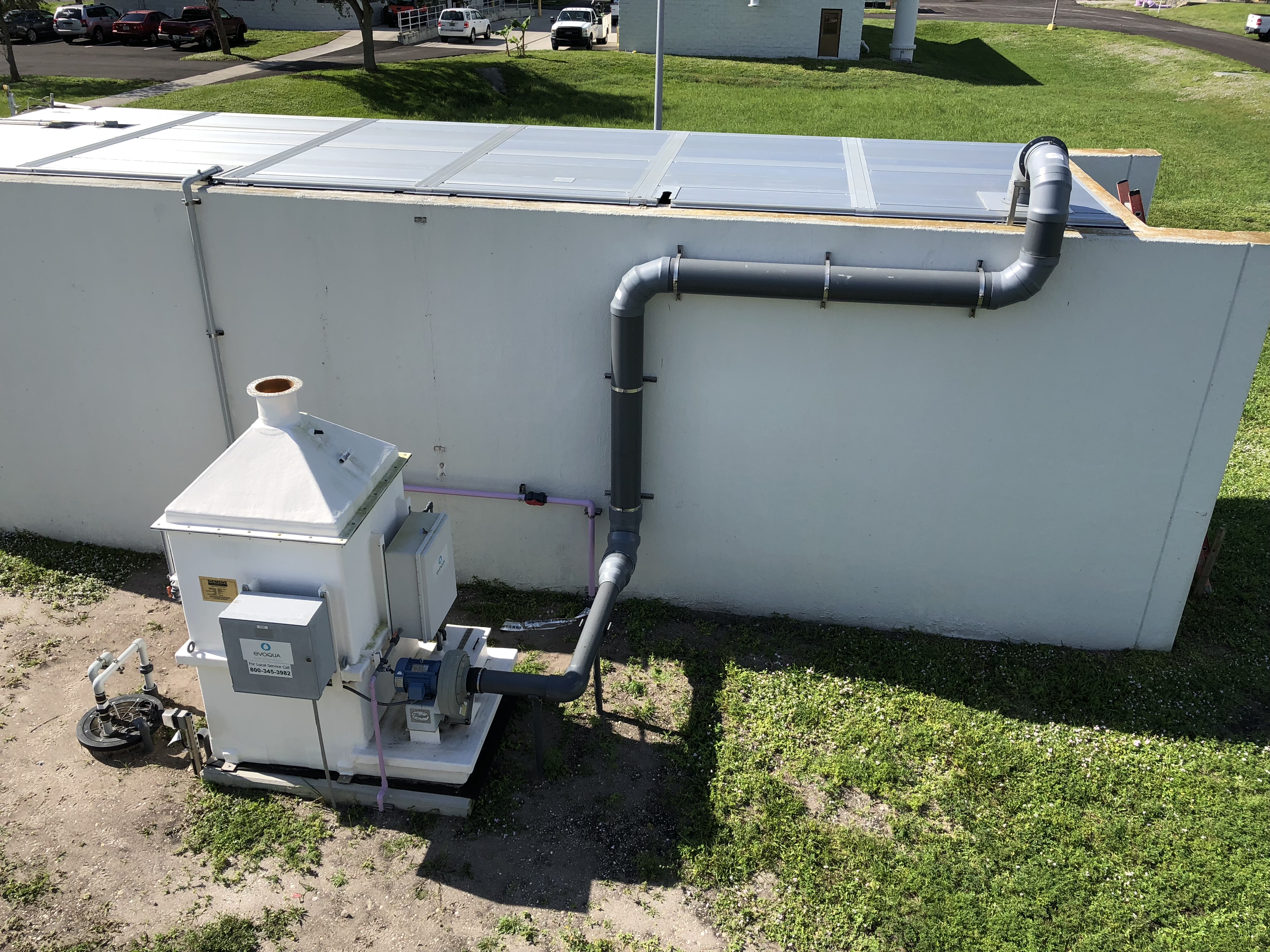 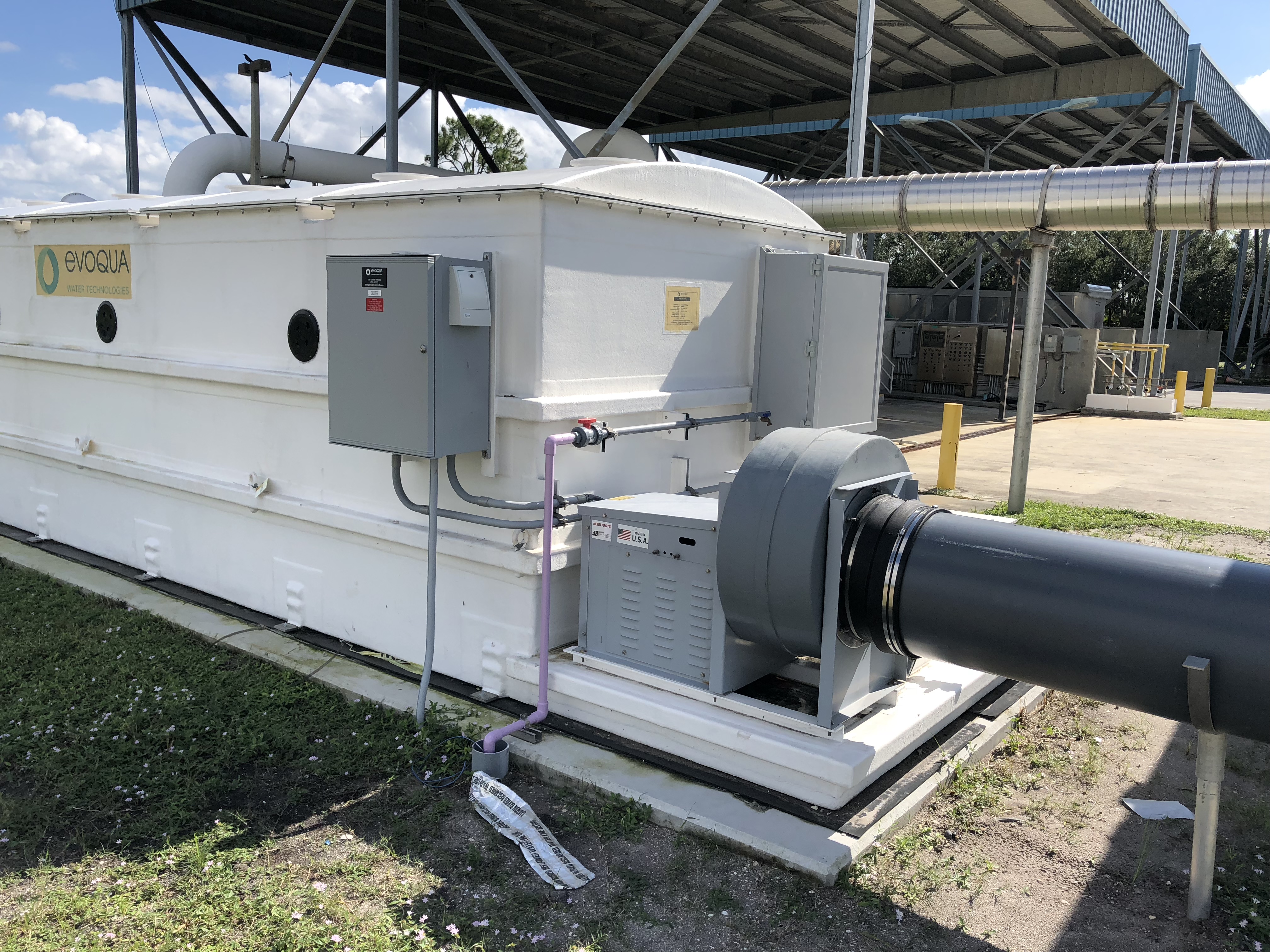