In order to stabilize water quality in the western portion of its service area, the Riviera Beach Utility District hired Globaltech as a design-build company to upgrade the Avenue U Repump Station.

The initial request was to replace the existing gas chlorine system at the repump station. However, after visiting the site and discussing the project goals with the Utility District’s staff, Globaltech recommended additional improvements: adding a Ground Storage Tank (GST) tank mixer, adding a flow meter, changing the existing chlorine gas system to a liquid sodium hypochlorite system, adding an ammonium sulfate system, and adding associated appurtenances for the various pieces of equipment.

The overarching goal of the project was to improve chlorine residuals from the repump station and its associated GST.

Globaltech believed the GST was likely stratifying, with the “newest/freshest” water in the tank being withdrawn first.

Adding a mixer to the tank would help limit the deterioration of water quality within the tank and reduce water age.

Safety for the operations staff and the surrounding community was the main reason for choosing the liquid sodium hypochlorite system over a gas chlorine system. Likewise, in choosing a supplement to boost chloramine residual, Globaltech chose liquid ammonia sulfate over a gas ammonia system or liquid ammonia hydroxide because it would be safer to use.

To provide more control of the disinfection process to increase the chloramine residual feed, Globaltech furnished and installed: 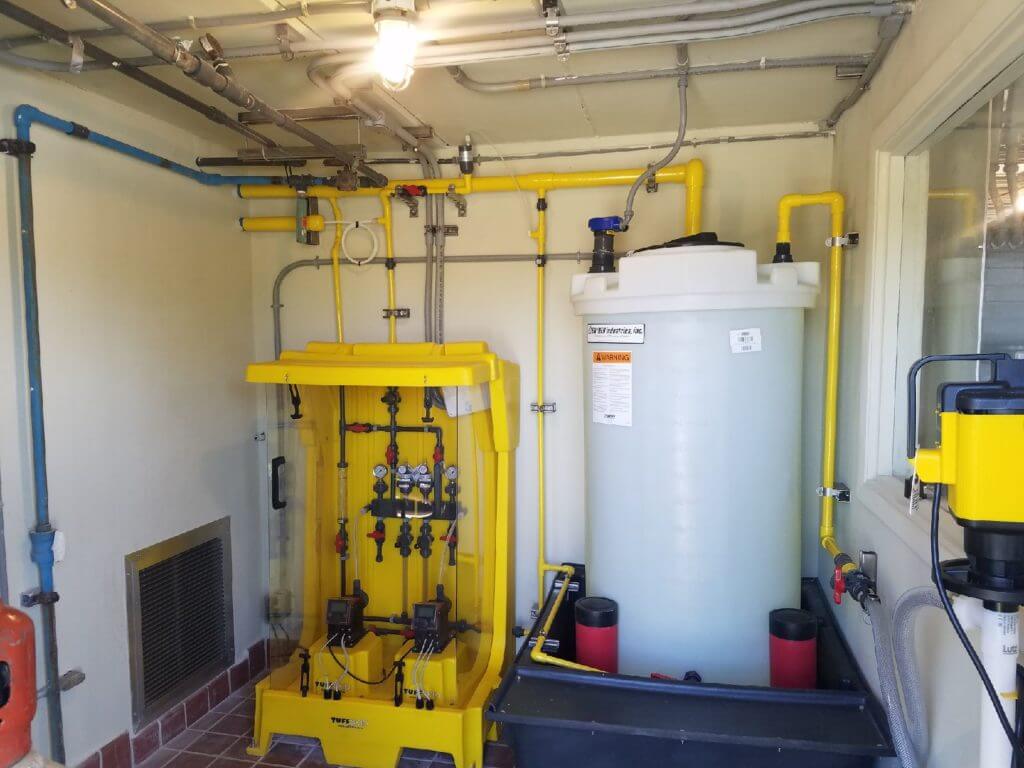 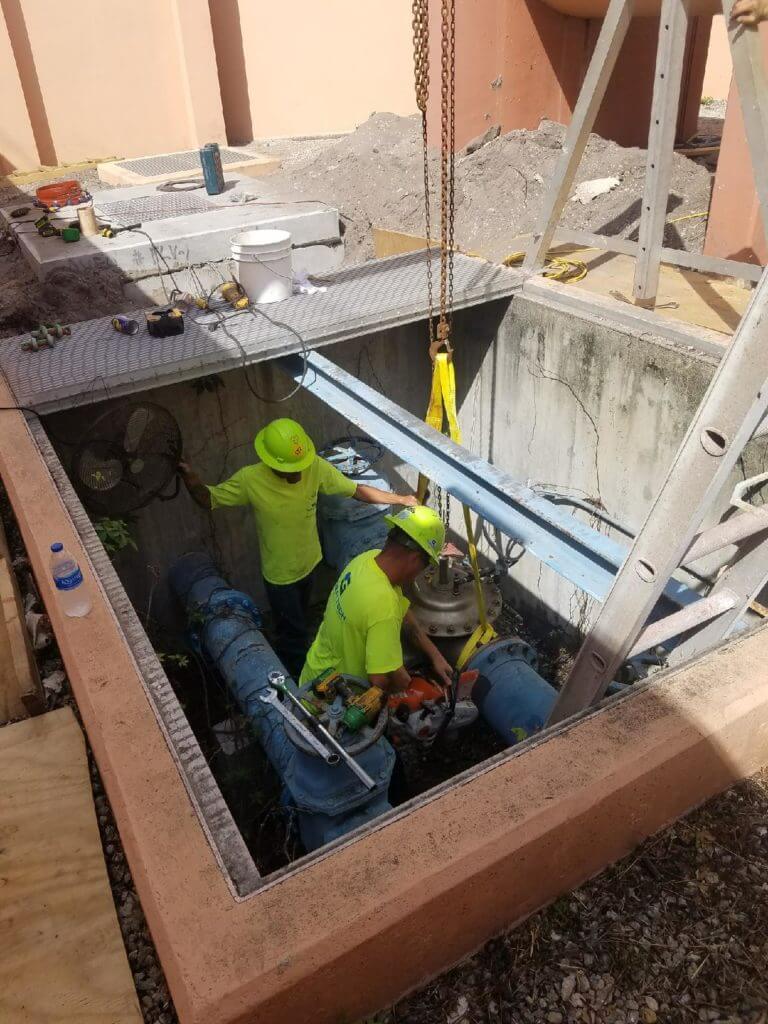 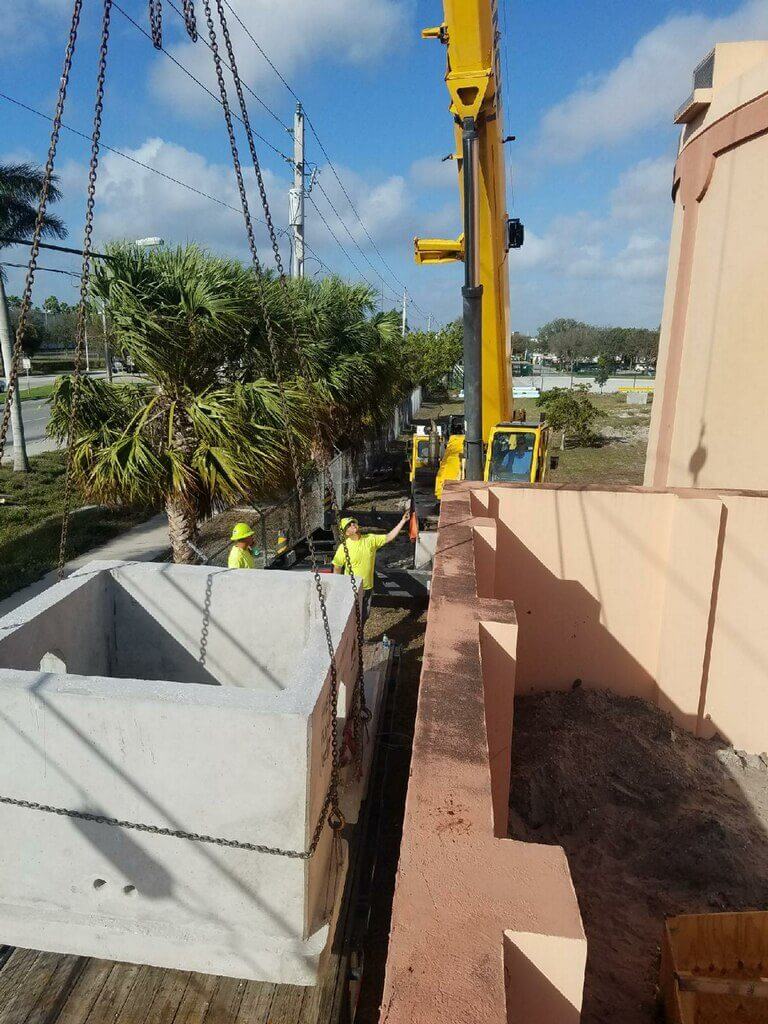 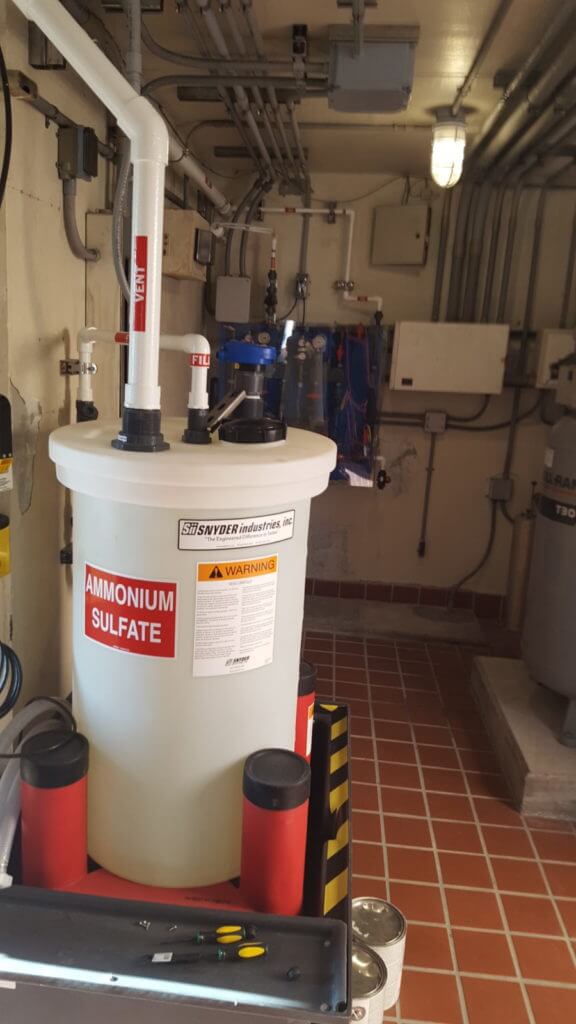