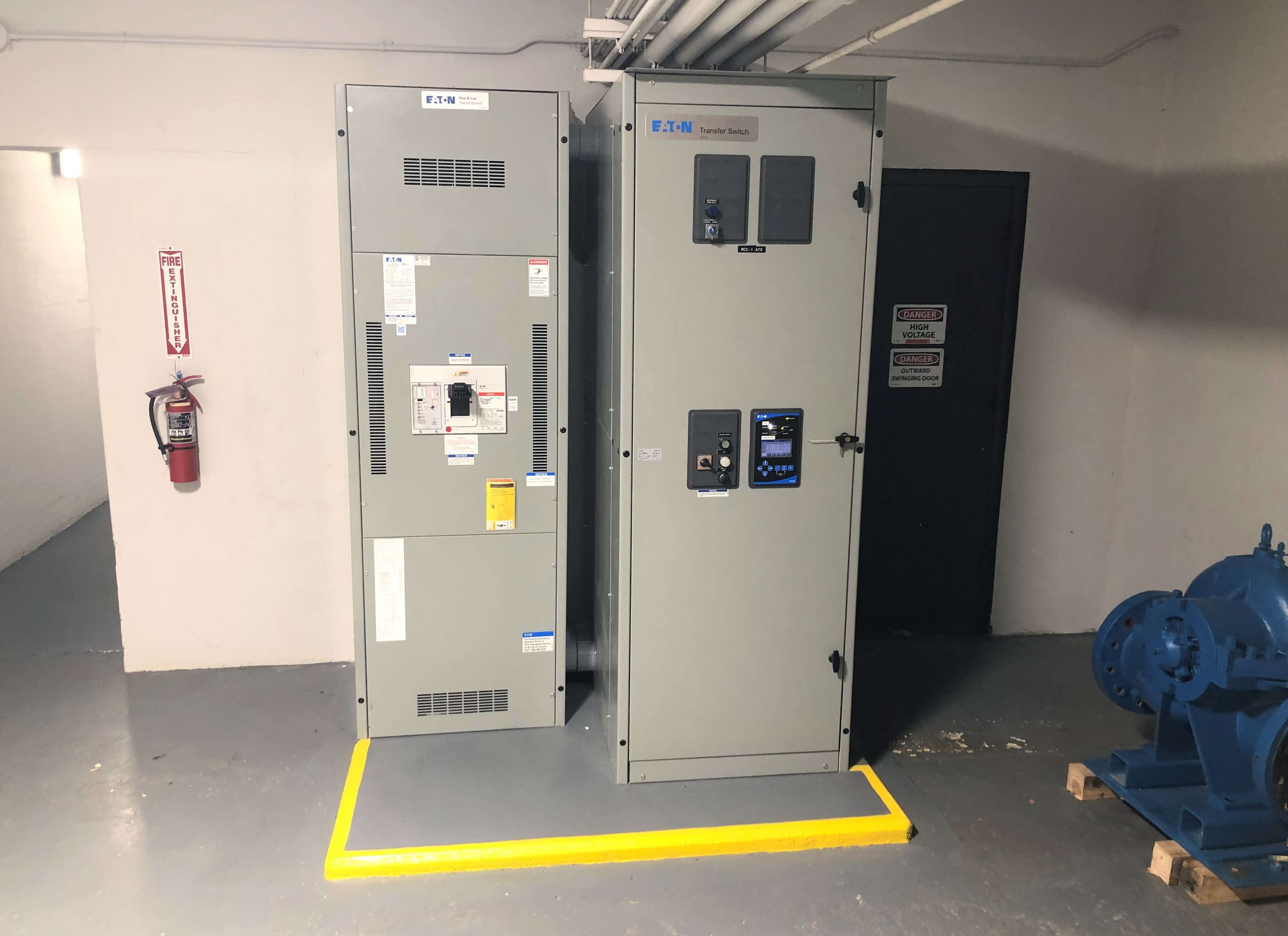 We are pleased to announce the completion of our automatic transfer switch (ATS) replacement project in Coral Springs, Florida. At the Coral Springs Improvement District (CSID) High Service Pump (HSP) building, the ATS failed with the utility breaker fused in the closed position. The ATS is a mechanism that automatically engages the backup emergency generator during any power failure. With the switch not working, a scenario existed whereby power could be fed to the HSP building simultaneously through both utility power and the emergency backup generator. This scenario threatened the safety and security of CSID equipment and personnel. Globaltech provided a temporary and safe solution to keep the water treatment plant (WTP) in production while also replacing the ATS.

To continuously distribute water from the WTP to CSID’s customers while replacing the ATS, Globaltech installed a temporary HSP system as well as a portable backup generator.

The Temporary HSP system consisted of a high capacity diesel driven pump to augment the electric pumps being powered by the portable backup generator. Additionally, a sound attenuation structure was also installed around the diesel driven pump to maintain safety and provide better noise control.

The existing ATS had been operating for approximately 30 years and needed assessment and repairing. The conclusion of the assessment determined the best solution was to procure and install an entirely new ATS. A 2000 Amp 480V 3-Phase ATS, and a separate service disconnect were purchased and installed completed with all new wiring between the ATS and existing distribution equipment. The wiring included 6 parallel sets of 500 MCM copper wire between the ATS and the utility disconnect.

Upon completion of the new ATS installation, all temporary systems were removed from the site and routine production was put back into service.